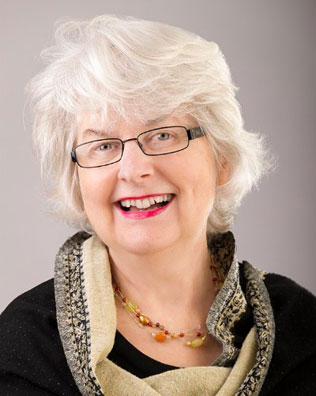 I am honoured to have been asked to write an article for the Canadian Stuttering Association. My experience with self-help and advocacy groups like the BC Association of People Who Stutter (now dissolved) and CSA is that they provide an invaluable resource for people who stutter as well as for speech-language pathologists (SLPs) who want to serve people who stutter.

I am a speech-language pathologist who began my career in 1980 and am still very active in that career. For the past 38 years I have worked with preschool children, served as a provincial program and policy consultant and currently have my own private practice.

My therapy started with the environmental modification approach. I recall a time when a young boy I treated early in my career was with me in a therapy session and he hardly spoke. This was unusual for him. I acknowledged his quietness and said to him, “sometimes you don’t want to talk”. He said “yes”. After that, his speech was completely fluent for the rest of the session and for many days after that. I was captivated by that shift.

A few years later, I began a job as a provincial consultant with the Ministries of Health and Children and Family Development where I worked for 16 years, and then returned to clinical work, which I loved.

I had a lot to catch up on with regards to therapy for stuttering. By this time, a different approach to stuttering treatment for young people had been widely researched and found to be highly effective, called the Lidcombe Program. I went to the Montreal Fluency Centre to learn more about it and to participate in a training workshop taught by Rosalee Shanker. I also attended international conferences on research and treatment of stuttering.

Given my experience as a provincial consultant, I wanted to share evidence-based therapies with my colleagues around the province and organized training workshops. There was great collaboration between SLP colleagues, helping one another to learn and problem solve challenging scenarios. I brought to BC highly skilled researchers and trainers in Lidcombe to train other SLPs, and eventually a specialist from Australia to provide training and development for a program meant for older teens and adults called the Camperdown Program.

More recently, I’ve shifted the focus of my clinical and educational services to understanding the neuroscience of language, learning and literacy challenges and using the technology that the neuroscience makes available to end dyslexia and reading struggles for children and adults, thereby elevating their learning and altering their life trajectory. I am available, at no cost, to talk with individuals and groups interested in this.

Marlene Lewis is a Registered Speech-Language Pathologist in Victoria, B.C..