Can therapy cause stuttering? 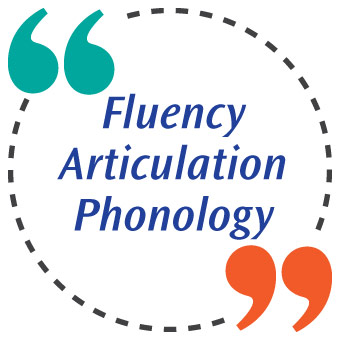 Research has shown that a child who stutters can be issue-free in all other areas of child development, such as IQ, overall cognitive skills, reading comprehension, and literacy. But it can also be the case that stuttering exists alongside other speech disorders. There is particular concern among some parents who have observed the onset of stuttering in their child during or after treatment for other disorders.

In addition to stuttering, there are two other common types of speech disorders children can experience when they are first learning to talk, and vary in severity and duration.

In a recent interview on Stuttertalk speech-language pathologist and researcher Dr. Scott Yaruss spoke about an issue that has been raised often by parents: does treatment for other speech difficulties, such as articulation, cause stuttering?

In a field that relies as much as possible on evidence-based practice, one must first look at the research. Unfortunately research is lacking in this area. Most studies, such as those cited above, look at the quantitative aspects (numbers and percentages). Literature on how to treat these children, or how these different conditions may or may not be related to each other, is scarce. To a great degree clinicians will rely on their experience and direct observation of individual clients to determine the best course of treatment for these children.

Yaruss cautions against parents avoiding treatment because they are afraid of excacerbating the condition. This belief – that drawing attention to normal disfluencies in a child’s speech causes stuttering – comes from an outdated and debunked theory put forth in the 1930s before factors of genetic and neural predispositions to stuttering had been discovered. On the contrary, early treatment and open discussion with a child about his or her stuttering helps, not hinders.

Predisposition is a factor

Yet Yaruss acknowledges that if too much pressure is put on a child to articulate properly, the stress of the situation could trigger a fluency problem in a child pre-disposed to it, such as if there is a history of stuttering in the family. Before treatment for an articulation problem starts, a therapist should gather as much information possible about family history.

How should a therapist proceed with a child who has more than one speech disorder? Or if a disorder manifests itself during the course of treatment for a different one? Given that there is not much literature on the topic in peer-reviewed studies, relying on their experience and the feedback they get from the patient is recommended.

As discussed in the interview with Dr. Yaruss, practitioners who don’t have a lot of experience treating stuttering might very well be confused about what disorder to treat first, or to treat both at the same time. A therapist would also take into consideration which disorder is causing the biggest barrier to communication. An articulation issue may be making the child impossible to understand even when fluent, and would have to be addressed first. For older children, therapists can also look at attitude and overall communication skills without focusing exclusively on fluency. The OASES form (Overall Assessment of the Speaker's Experience of Stuttering) is a valuable tool that can be used by any therapist.

Researchers and practitioners do not have all the answers as to why some children begin stuttering during articulation therapy, nor are there any surefire approaches to treat multiple conditions. A parent and speech-language pathologist can proceed with therapy one step at a time based on their own personal observations and experience and available professional opinions. More research is needed in the area of children with multiple communication disorders.