Another Successful Year for the Walk and Run for Stuttering Awareness

The 2019 A Million Things I Need to Say Walk and Run for Stuttering Awareness took place in Toronto on September 22nd, and in St. John's September 29th, and brought out people who stutter, their friends and family and speech language pathologists to enjoy a day of exercise, music, fun and barbecue. 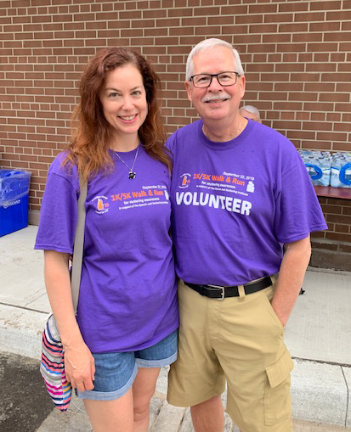 Greg O'Grady and Loriellen KaramFounded by Greg O'Grady in 2011, the event raises money to give financial assistance to people who need speech therapy, and to raise awareness about stuttering.

A Need to Give Back

Greg O'Grady started the event in order to give back to the Speech and Stuttering Institute (SSI) and support them in their treatment services to people who stutter. Loriellen Karam who works at SSI helps organize the Walk. Since then thousands of dollars have been raised to go towards a grant program, so SSI can help as many people as possible.This year, thee Toronto event raised over $16,000.00! When Greg moved back to his home province of Newfoundland, he started a stuttering organization and a Walk there too. 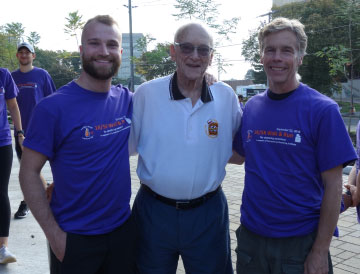 The event in Toronto was a smash with perfect weather and a delicious hamburger barbecue. Bob Kroll, the long time former executive director of SSI spoke, as well as Frank Ientile, the current director. Speech-Language Pathologist and person who stutters Richard Holmes, active in the stuttering community, spoke about upcoming self-help groups for people who stutter, and Lisa Wilder reminded everybody about the Canadian Stuttering Association conference on October 19th. George Shields of Harmonize for Speech, a supporter of people who stutter for decades, was also in attendance. You can read more about the event and see more photos here. 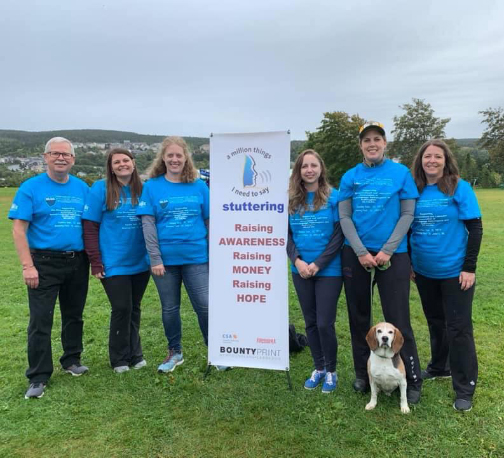 Organizers of the St. John's Walk/Run
for Stuttering Awareness